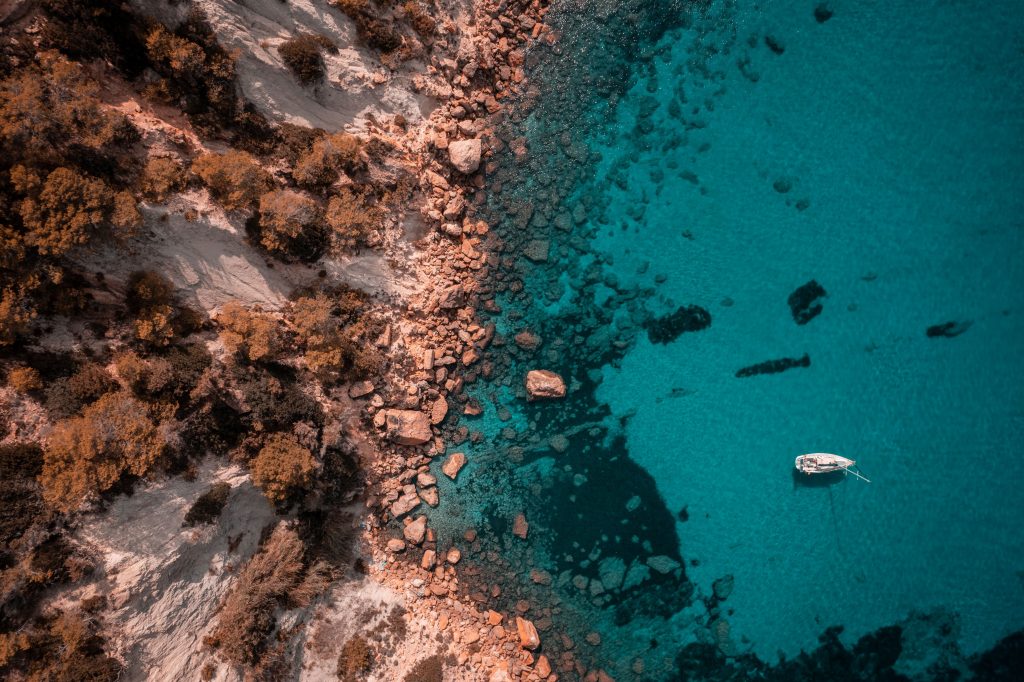 Ibiza is one of the Balearic Islands, and it is renowned for its beauty as well as its popularity among tourists. In spite of the fact that the island is only a few miles long and a few miles wide, there are a plethora of places to visit and things to do there. Even while Ibiza is widely known for its world-famous nightlife, the island also offers a huge variety of things to do during the day. Ibiza is an island that should not be missed, since it has a lot to offer tourists, ranging from the historical significance of Ibiza Town to the beautiful sand beaches of Cala Llenya.

If you’re seeking for a beach in Ibiza with a bit more seclusion and privacy, Cala Llenya might be the perfect spot for you to go. The distance to the beach, which is not very great, is about ten minutes, and San Carlos is nearby. This leads to fewer people congregating in one place. Cala Llenya is not located in close proximity to a large number of establishments that offer nightlife because it is encircled by beautiful, verdant pine trees instead. This beach is well-known for hosting beach volleyball competitions, and many families choose to visit the region because of its easygoing atmosphere. Prior to traveling to the beach on a Sunday, if you are in the neighborhood, you should stop by the weekly markets that are held in Cala LLenya.

The beach in En Bossa.

It should come as no surprise that the majority of tourists who come to Ibiza choose to stay in the island’s numerous opulent beach resorts. Playa d’en Bossa is often considered to be Ibiza’s premier tourist destination. Those who are interested in taking a trip to the beach that includes all of their meals, drinks, and activities will find this coastal resort location to be quite appealing. Due to the fact that it is the longest beach on the island, you won’t have any trouble obtaining a daybed or a lounger that is situated immediately on the sand. If you plan to spend your time in Ibiza partying, Playa d’en Bossa is the beach you should stay at. There are a large number of late-night nightclubs and clubs in the surrounding area, some of which are situated directly on the beach.

Santa Eulalia del Rio, which is Ibiza’s most popular tourist destination, can be found on the island’s eastern coastline. Because it is only a short drive away from Ibiza’s primary airport, this location is perfect for those who want to combine their love of beaches and natural beauty with their interest in culture and cuisine. One of the most popular things to do in Santa Eulalia del Rio is to stroll along the large promenade that runs down the coast. You may take in the breathtaking panorama of the beach as you wander alongside the ocean on the promenade, which is lined with palm trees on all sides. In comparison to the nightlife, the food and retail options at this beachside locale are significantly more appealing.

A long, white-sand beach, views of a magnificent bay, and hills covered in pine trees help to frame the picture at the popular vacation spot of Cala Llonga, which has become a favorite destination for visitors. As a result of the neighborhood’s reputation as one of Ibiza’s most child- and family-friendly spots, it is home to a sizeable population of families with small children. At the primary beach, there is also a children’s play area as well as a modest amusement park, all of which are accessible to keep children entertained for the duration of their vacation. In addition, Cala Llonga is located only ten minutes away from Ibiza Town, which means that you can easily leave the beach at any time to go to the historical places located on the island.

If you are interested in seeing Ibiza from a different angle, Sant Josep de sa Talaia is the place to go. On the southwestern side of the island, in the municipality of Sant Josep de sa Talaia, you’ll find some of the most picturesque settings that Ibiza has to offer. The Salines Nature Park and the Vendranell Nature Reserve are two of the more prominent examples, despite the fact that you will also be in close proximity to dormant volcanoes and beautiful beaches. At Cala Comte, you have the option to either relax on the sandy shoreline or pay a visit to one of the nearby breweries. Without a doubt, the naturalists consider this particular spot on the island to be their top choice.

Sant Antoni de Portmany, more commonly referred to as simply San Antonio, is the location that holds the position of being Ibiza’s second most popular destination. It is usually considered to have one of the best nightlife scenes throughout the entirety of Ibiza due to the abundance of places where people can dance and drink till the early hours of the morning. Begin the evening on Sunset Strip, which is home to a variety of restaurants and pubs that offer beautiful views of the setting sun. After that, make your way to the West End, which is where the majority of the restaurants catering to nightlife enthusiasts are found. If you don’t stay out too late, you’ll have plenty of time to enjoy the sun and sand at the beach or take a leisurely stroll down the Passeig de les Fonts.

Ibiza’s Es Vedra Island is widely regarded as one of the island’s most alluring destinations. Es Vedra is an island that is completely devoid of inhabitants and can be located in the waters off the western coast of Mallorca, in close proximity to Cala d’Hort. Despite this, there are many tales and mysteries around it. According to the myths, Es Vedra and Tanit, the lunar goddess of the Phoenicians, are connected. In Homer’s Odyssey, the infamous sirens lured Odysseus ashore on the same island where he was docked with his ship in an attempt to seduce him. According to some sources, Es Vedra is the area with the third highest magnetic strength in the entire planet, behind only the North Pole and the Bermuda Triangle. Cruises provide passengers the opportunity to get a close-up glimpse of the Es Vedra, as well as stunning panoramas of the surrounding landscape.

On the most northern coast of the island is where you’ll find the resort of Portinatx, which boasts not one but three stunning beaches. S’Arenal Gros is the sandy beach that is the most expansive, while S’Arenal Petit and Playa Porto are two alternative options that are less busy and more peaceful. Lifeguards, sunbeds, and food vendors are available at each of the three beaches. Portinatx is a popular destination for scuba divers and snorkelers due to the fact that the waters there are very clean. If you want to relax, you can always just lie around on the beach. It’s a great spot for families, and it’s also the finest jumping off place for longer beach walks. The best part is that at least one of the three primary beaches is within walking distance of most of the local hotels.

Es Canar is the name of a beach resort that is located on the eastern part of the island. Although the hippie market is its most well-known niche, it caters to a far wider audience than that. Pine woods and sandy shorelines create a remarkable contrast and lovely scenery on Es Canar, which is why both may be found on the island. It is a heaven for anyone who enjoy doing things outside, as there are endless opportunities to engage in activities such as parasailing and windsurfing. Obviously, you won’t want to pass up the opportunity to visit the famous hippy market. The market, which takes place once a week on Wednesdays, is an excellent location at which to purchase a variety of handcrafted handicrafts and other types of souvenirs.

Ibiza Town is the name of the island’s port city, and it is by far the most populous and exciting location on the island. Ibiza Town includes a fortified citadel and streets that are paved with cobblestones, and it looks out over the Mediterranean Sea. The locals refer to the place as “Evissa.” Dalt Vila and Eixample are the two neighborhoods that are included in the municipality of Ibiza Town. The historic neighborhood of Dalt Vila, which is often referred to as Old Town, is situated on a bluff above the water and is home to a broad selection of restaurants and bars of the highest quality. Eixample, also known as Extension, is the neighborhood where the majority of the city’s newest buildings can be found. 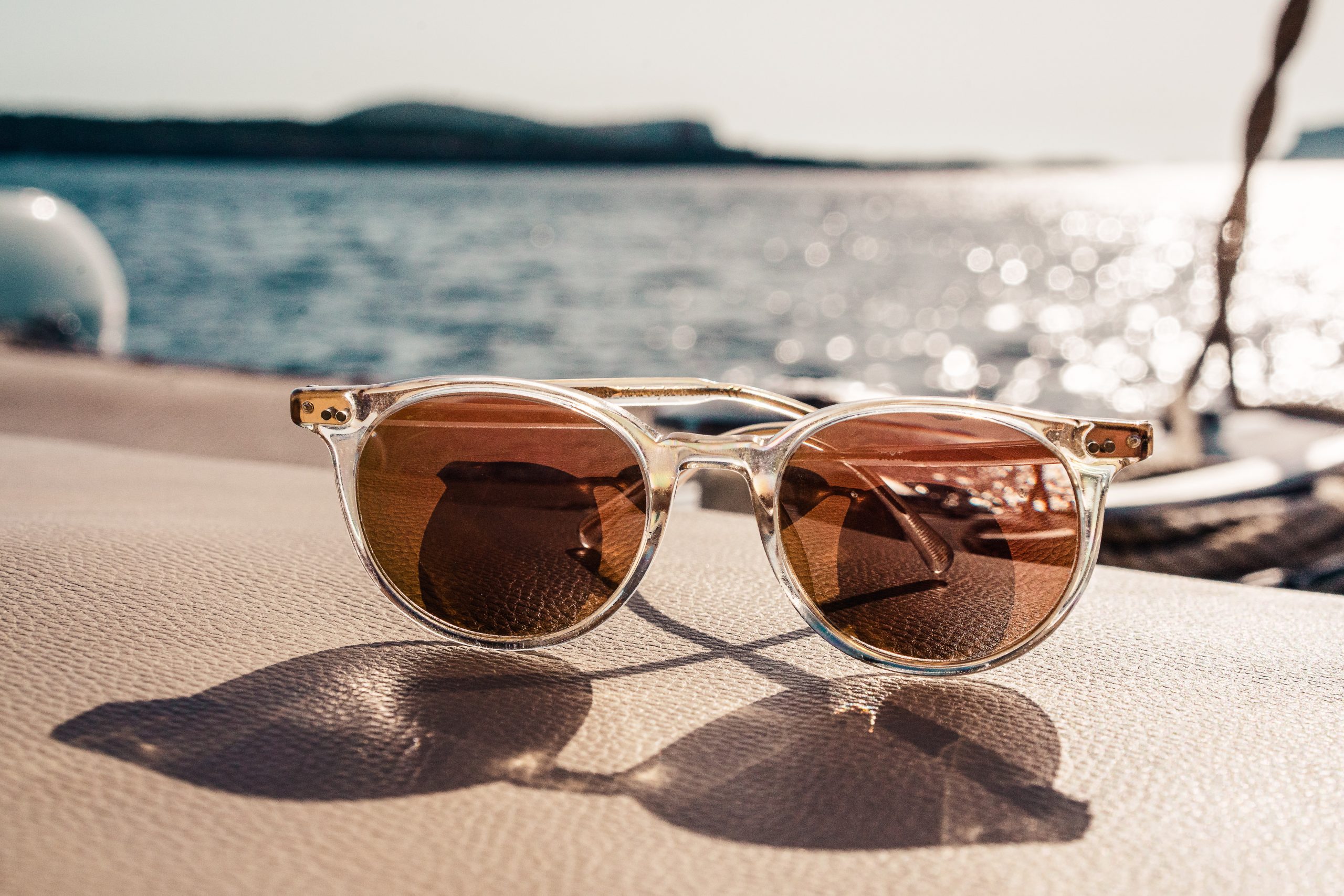